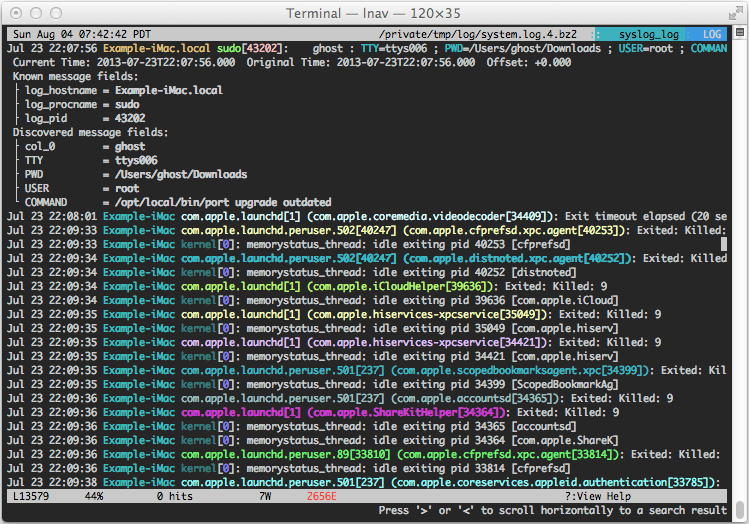 I am glad that I have set up multiple environments for a current project that I’m working on. The live site, a testing site, and two developing sites – all with their unique databases just in case something’s going very Murphy – are a fair deal to develop and test new features and bugfixes on any web project. But there’s one major drawback: Keeping data “in sync”. Version control like git or SVN do a great job with all that PHPs, JavaScripts and CSS definitions. But what about the frontend? Especially the MySQL databases are a pretty laborious thing to keep “in sync”.

As a developer that is using a seperate setup for building new features or removing bugs, you should never ever use the original databases from the live project. It is too easy to have a typo and literally destroy its contents by mistake. You might still not destroy the whole database, but a single table or a single column inside a table is often enough a severe problem. But using a completely seperate environment still has its drawbacks sometimes. Maybe you are to develop a new feature for WordPress posts that don’t make sense on the ones that are in your developing environment? Or Maybe you want to present new features to your stakeholders and they get confused by viewing a project site whose content is three months old, as it happened to me? So keeping your developing database up-to-date is an inevitably neccessity.

One way to update a MySQL database from a live-site to a developing-site is using phpMyAdmin. You’d download the whole database from one place and import it to another place. Or you are cloning it inside the database-host to another, which is even simpler. But that’s usually a time-intense thing to do.

Another way would be with the help of a terminal-client like PuTty. Exporting and importing through the console is a lot faster than through the GUI of phpMyAdmin, but it still involves the same process: manually dump the database and import it somewhere else. Including typing cryptic commands into the console-interface – typos guaranteed.

The project I am currently working on consists of four environments – a live site, a testing area and two developing environments (one is for a special feature that is very instense and comlpex). Since we are using WordPress and Magento, which use a seperate database each, that is a total of eight databases to keep in sync. I guess it is understandable that I wanted to have an easy (and straight forward) process to update the subordinated environments from the live site.

I knew from scratch, that I could actually write some simple scripts that are executing a batch of commands. But I wanted to keep it simple and use an – at least simulated – user interface. So I googled around a bit and eventually found a script-template to start with. Then I began sketching the simple and pretty fool-proof interface actions that I wanted to have:

With these premises in mind, I basically came down to writing my first low-complexity bash-script that I am going to walk you through, You’ll find a link to the full script and a downloadable text file at the end of this post.

All programms start with setting up the environment variables. There’s nothing special here, just defining some color variations the script will use and getting the current (server) date as variable, which we will use later.

The first important part of the script. Since I did not want to enter the database credentials (and throwing typos in) over and over again, I set them up as arrays. I couldn’t manage to use assiciative arrays that basically have a human readable index-name, so I had to use plain old indexed arrays. I chose to use the origin-CMS name as type for the dump-file name convention and I needed the subdomain / prefix for changing the corresponding values in Magento’s config-data.

The “GUI” menus with their possible choices. Basically a bunch of echoed lines that will be shown in the terminal followed by a function call to wait for the user to enter something with the keyboard.

Those two functions “read” the entry made by the user and execute their corresponding functions. I had to seperate the first menu from the rest to make sure that the user cannot acidentally change the source database when typing the wrong number on the destination selection screen. There’s probably a better way, but this was the only way that came to my mind due to my lack of knowledge and experience in bash-scripting.

This function assigns the database credentials for the Magento and the WordPress installation as source and destination. For the sake of erroring users, I prevented using the same environment as source and destination at the same time. When a user chooses identical environments, an error message is displayed for five seconds and the script will start from the beginning.

Another user check when the database of the live site is chosen to be overwritten. Just in case, you never know who is going to use the script. The numerical code to enter for authorizing the action is simple to enter but complicated enough to make sure the origin database on the live site is not emptied by accident. The number 82517 is used on purpose :-)

The main function of this whole script. It is dumping both the databases from Magento and WordPress to a single file each. It then imports the files to the destination database. To make Magento work on the new destination, the base_url and the base_secure_url have to be changed in the destination database. Using the config_id as filter might not be the best choice. This function is also clearing Magento’s cache folder. Each step is accompanied by a kind-of status-message.

If you’re going to re-use this script, make sure the folder specified for the SQL-dumps exists (it will not be created!) or change it to another value. Also check if the config_ids for the base and and the secure URL defined in your Magento database are actually true. If not, change them to the correct value before testing.

The two last functions of this script. The first will GZip both SQL-files into one file and afterwards call the deletion-function that … deletes the SQL files from the server.

Thats all what’s left of the script: Trapping the CRTL-commands to exit / quit the script while in use and the start-function which is called directly after. It unsets (deletes) the previously assigned variables for source and destination. I figured that my bash shell will keep the choices from the first run in memory so unsetting the variables is needed when the user chooses to run the script again (“restart”).

You can download the full bash script to copy remote MySQL-databases via command line as text-file. Simply upload it to your server, rename it if you like but make sure to remove the .txt extension, and execute it with the command bash {your_chosen_filename}.

Image attribution: "lnav – log monitor" by Linux Screenshots via flickr. License: CC BY 2.0, no changes made to the origin image.

We use cookies to ensure that we give you the best experience on our website. If you continue to use this site we will assume that you are happy with it.Ok